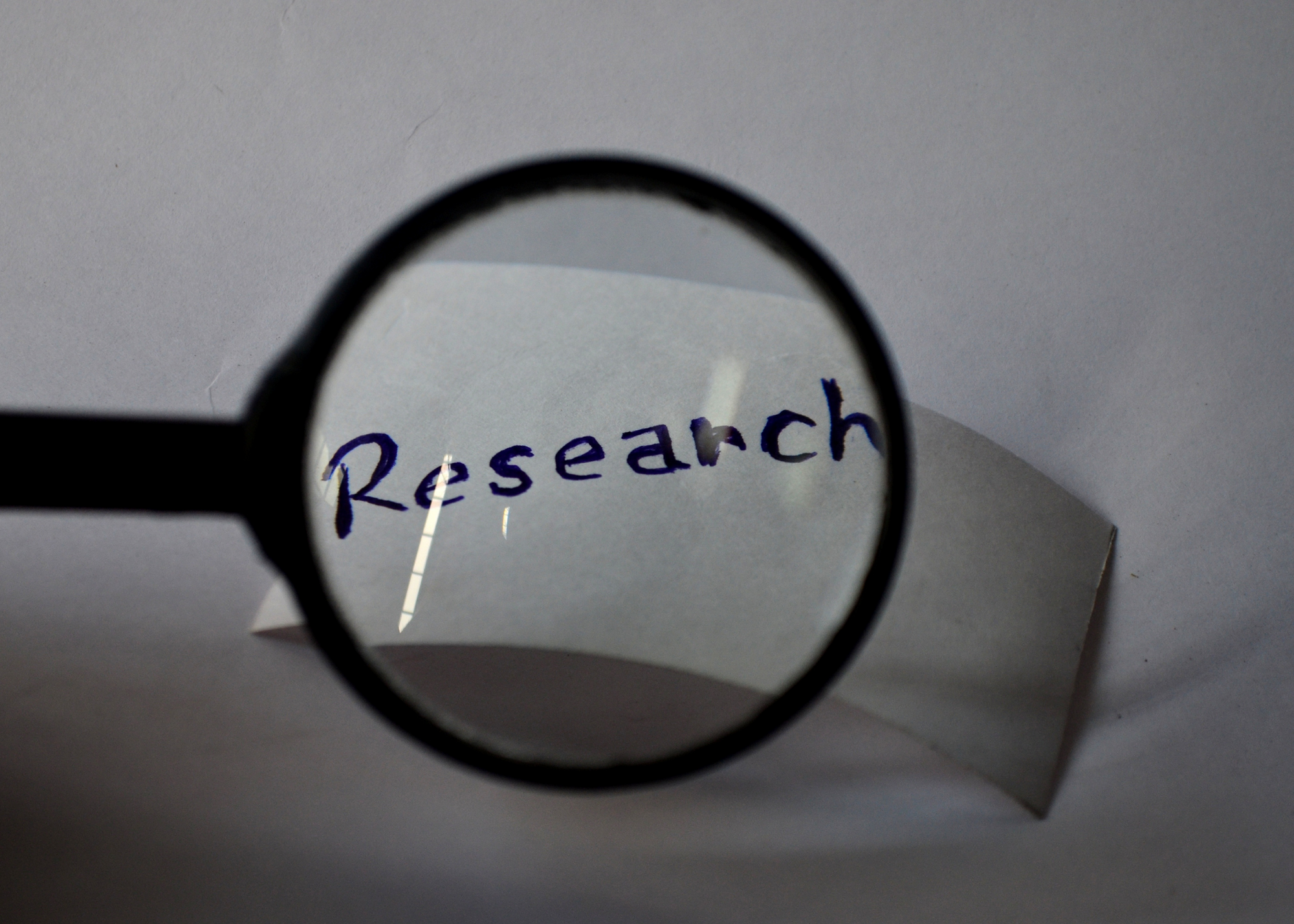 It is with honor and excitement that we announce our 4th annual small grant awards and recipients. The body of academic research produced by previous cohorts of CEL grant recipients has been not only impressive but also critical to the field. We know that this year’s group of awardees will deliver the same high caliber scholarly work.

The CEL’s funding and support for research grants is consistent with its commitment to advancing the generation, communication, and use of new knowledge about the effectiveness of individual lawmakers and legislative institutions in Congress. A defining feature of the Center is its emphasis that research and understanding yield new opportunities to improve lawmaking effectiveness. 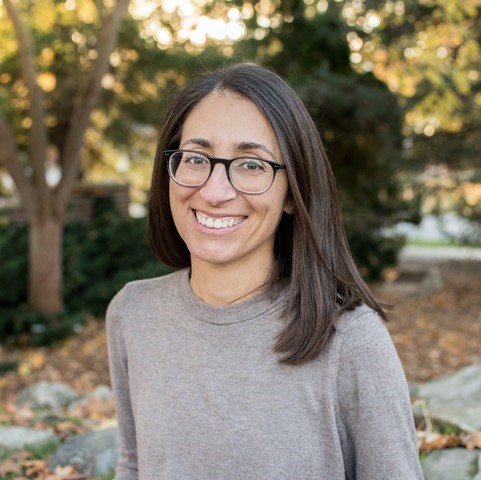 Nicole Kalaf-Hughes is an Associate Professor of Political Science at Bowling Green State University in Bowling Green, Ohio. Her research interests lie at the intersection of American political institutions and representation, with her work focusing on how institutional incentives affect legislative behavior. Her recent projects explore the role of race, ethnicity, and gender in representation, collaboration, and policymaking in the U.S Congress. Her research agenda also includes pedagogical work on student engagement, and she is the recipient of the American Political Science Association CQ Press Award for Teaching Innovation. Her work has appeared in journals including Politics, Groups, and Identities, Journal of Public Policy, Policy Studies Journal, Politics & Gender, and the Journal of Political Science Education. She received her Ph.D. from the University of California, Davis. 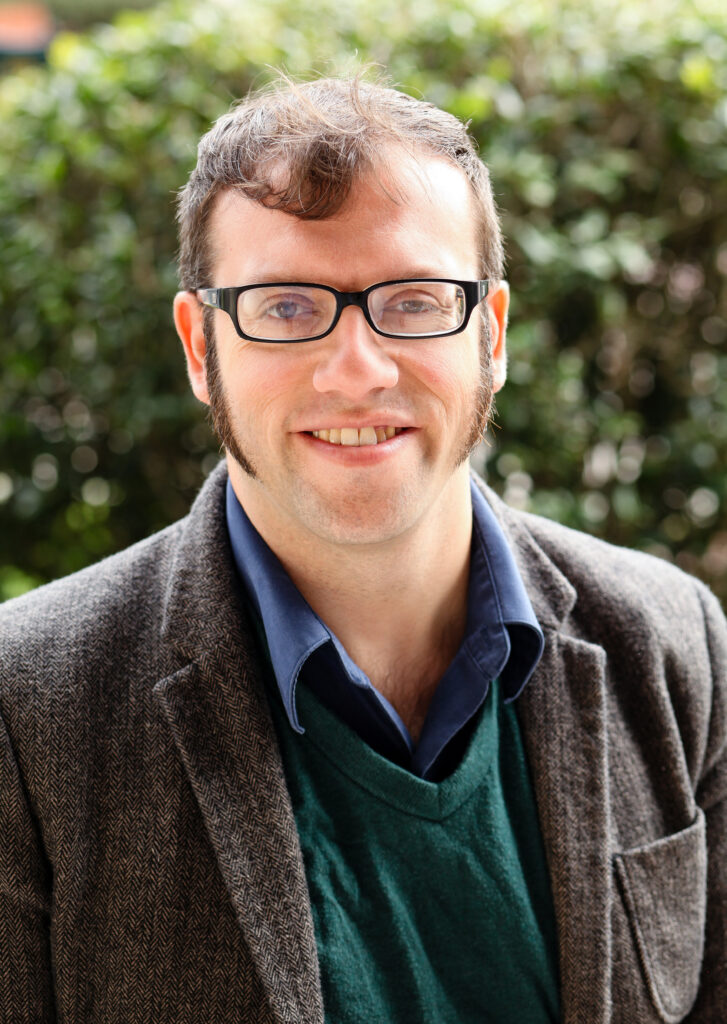 Jonathan Lewallen is an assistant professor of political science at the University of Tampa. His research focuses on agenda setting and the policy process in U.S. political institutions. In particular, his research examines how rules, jurisdictions, and organizational characteristics channel attention and policy conflict across different issues, and how institutions adapt to address new and emerging issues. Dr. Lewallen received his Ph.D. in Government from the University of Texas at Austin. His book Committees and the Decline of Lawmaking in Congress was published in 2020 by the University of Michigan Press. 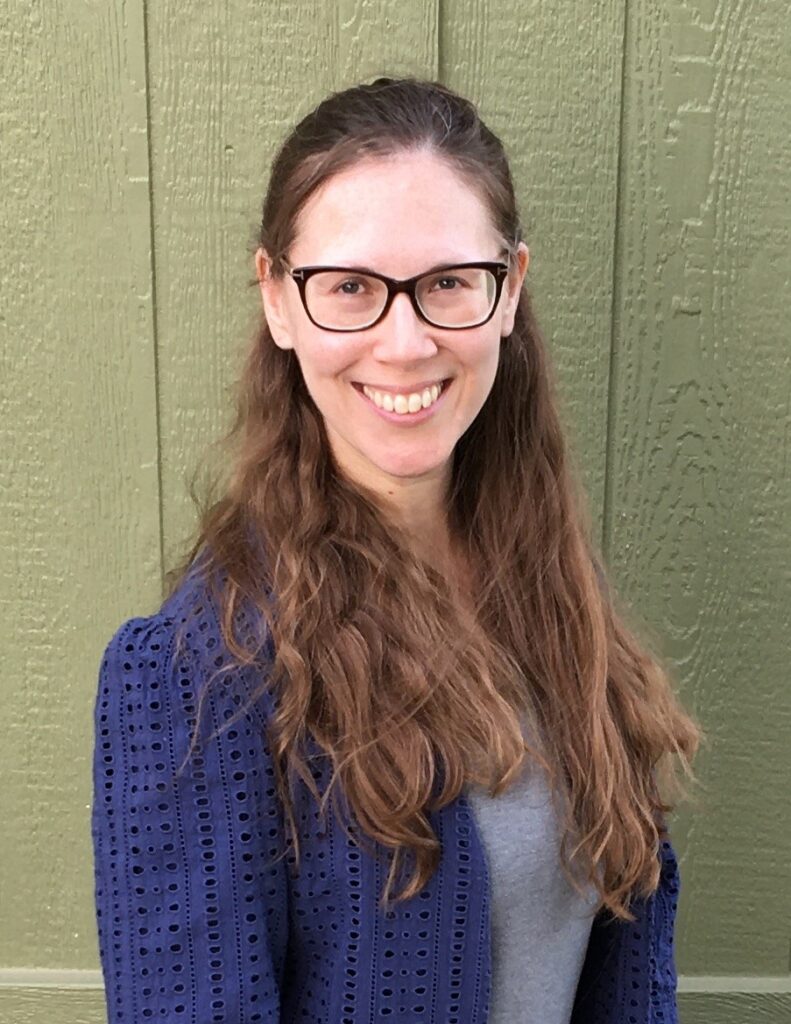 Susan M. Miller is an associate professor in the School of Public Affairs at Arizona State University. Her research interests span multiple areas, including public administration and policy, American political institutions, and state and local politics and policymaking. Susan’s research explores the consequences of institutional and program design for public policy. She currently serves as an associate editor for the Journal of Public Administration Research and Theory. 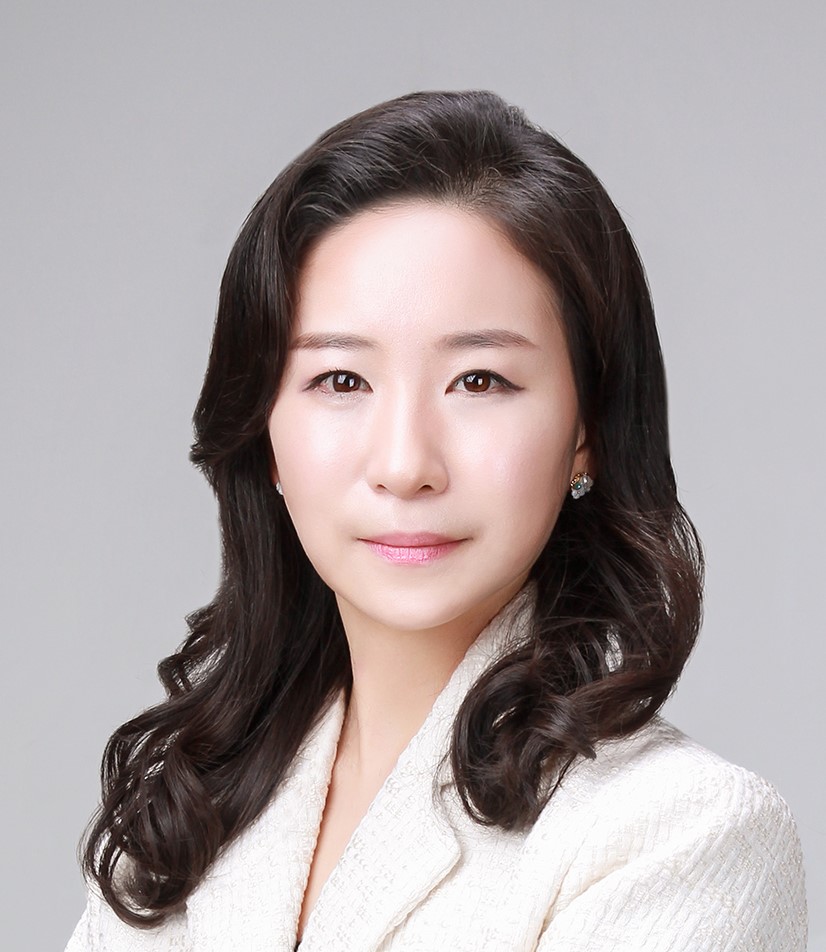 Ju Yeon (Julia) Park is a Lecturer (tenure track Assistant Professor) at the Department of Government at University of Essex, UK, specializing in American Politics and Data Science. She holds a Ph.D. in Politics from NYU and was a postdoctoral research fellow at Washington University in St. Louis and University of Pittsburgh.

Her research focuses on politicians’ legislative and communication styles they choose to perform under various institutional constraints in American politics context, and she further explores electoral consequences and policy implications resulting from their stylistic choices. For the research, Julia uses text analysis, machine learning, survey analysis, formal modeling and experimental methods. Her works are published at the Journal of Politics,  Legislative Studies Quarterly,  Electoral Studies and Journal of Legislative Studies. 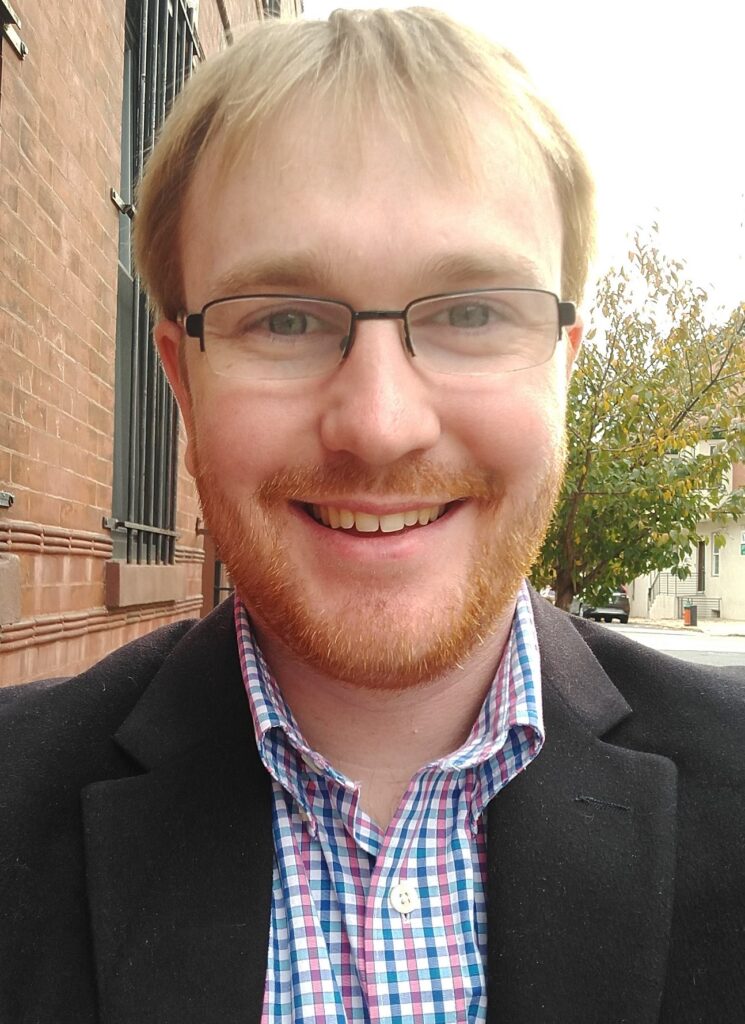 Seth Warner is a PhD candidate at Penn State University who studies the role of group identity in US politics. His dissertation reconsiders affective polarization, or the animosity that partisans hold toward members of the other party, as a feature that can be studied at the community level. It uses large-sample surveys to identify towns and counties where political antagonism has come to define civic life, and those where citizens buck the trend of cross-partisan distrust. He is also interested in the broader consequences of a polarized electorate, with a focus on elite behavior, protest participation, and candidate recruitment. His project “Affective Polarization and Legislative Behavior: Does Citizen Heat Meet with Elite Red Meat?” hypothesizes a vicious cycle in which legislative gridlock leads to citizen polarization, encouraging elites to devote more resources to messaging over lawmaking, and resulting in more gridlock yet. 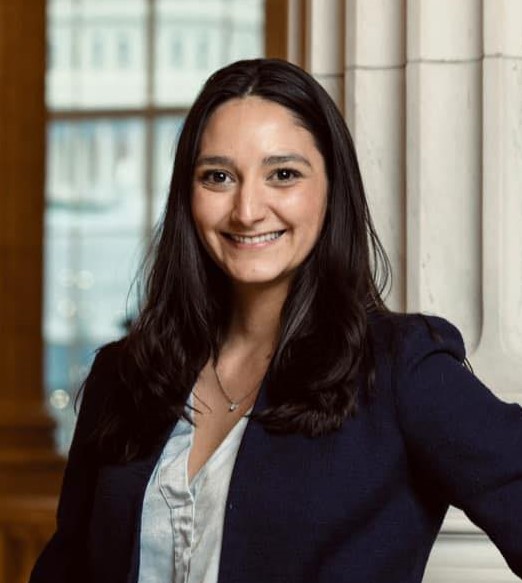 Catherine Wineinger is an Assistant Professor of Political Science at Western Washington University. Her research explores representation in American political institutions at the intersection of gender, race, and partisanship. Wineinger’s first book, Gendering the GOP: Intraparty Politics and Republican Women’s Representation in Congress, is forthcoming at Oxford University Press. She is the recipient of the WPSA’s 2016 Betty Nesvold Women and Politics Award and a co-winner of the APSA Women, Gender, and Politics Research Section’s 2020 Best Dissertation Award. Wineinger received her PhD from Rutgers University and was a 2019-2020 American Political Science Association Congressional Fellow. 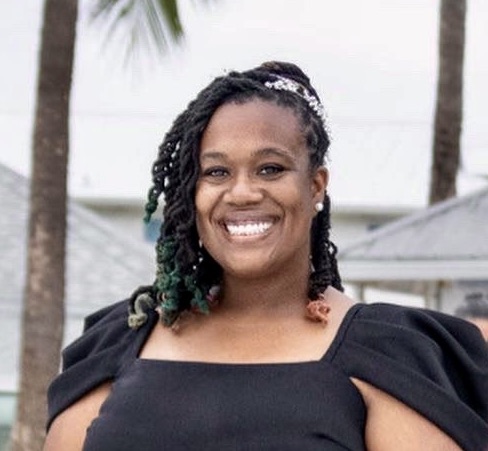 Jatia Wrighten researches black women, state legislatures, and leadership, with an emphasis on intersectionality. Her current project examines the differences in leadership attainment that exists between black women, white women, black men, and white men in state legislatures and the factors that cause these differences. She created the novel theory, the Heavy Lifters Theory, to explain the primary differences between black male and black female legislators as it relates to leadership in state legislatures. She was most recently awarded the Gender and Leadership Dissertation Award from George Mason University for her work that focuses on intersectionality and leadership.

She looks forward to continuing research and instruction that emphasizes themes of equality, justice, and political effects for the most marginalized groups in the United States as an assistant professor in the Political Science Department at Virginia Commonwealth University (VCU). Jatia received her B.A. in political science from Virginia Commonwealth University; her M.A. in political science from the University of Maryland, College Park; and received her Ph.D. from the Schar School of Policy and Government at George Mason University, where she defended her dissertation entitled, “Who Runs the World? An Examination of Black Women and Leadership in State Legislatures.”  Jatia plans to use her degree to teach and serve as a mentor to a future generation of scholars. When she is not researching and writing, she enjoys traveling with her family.

If you are interested in applying for a research grant through the Center for Effective Lawmaking, please join our email list or contact us at thelawmakers@virginia.edu.

Allison Carter is currently the Operations Director for the Center for Effective Lawmaking. She is located at the University of Virginia and is happy to be contacted by anyone wanting to learn more about how we can build a better Congress together.
PrevPreviousCapitol Conversations: Hoos on the Hill and the Life of a Staffer
NextCenter for Effective Lawmaking 2020-2021 Annual ReportNext
Close Menu