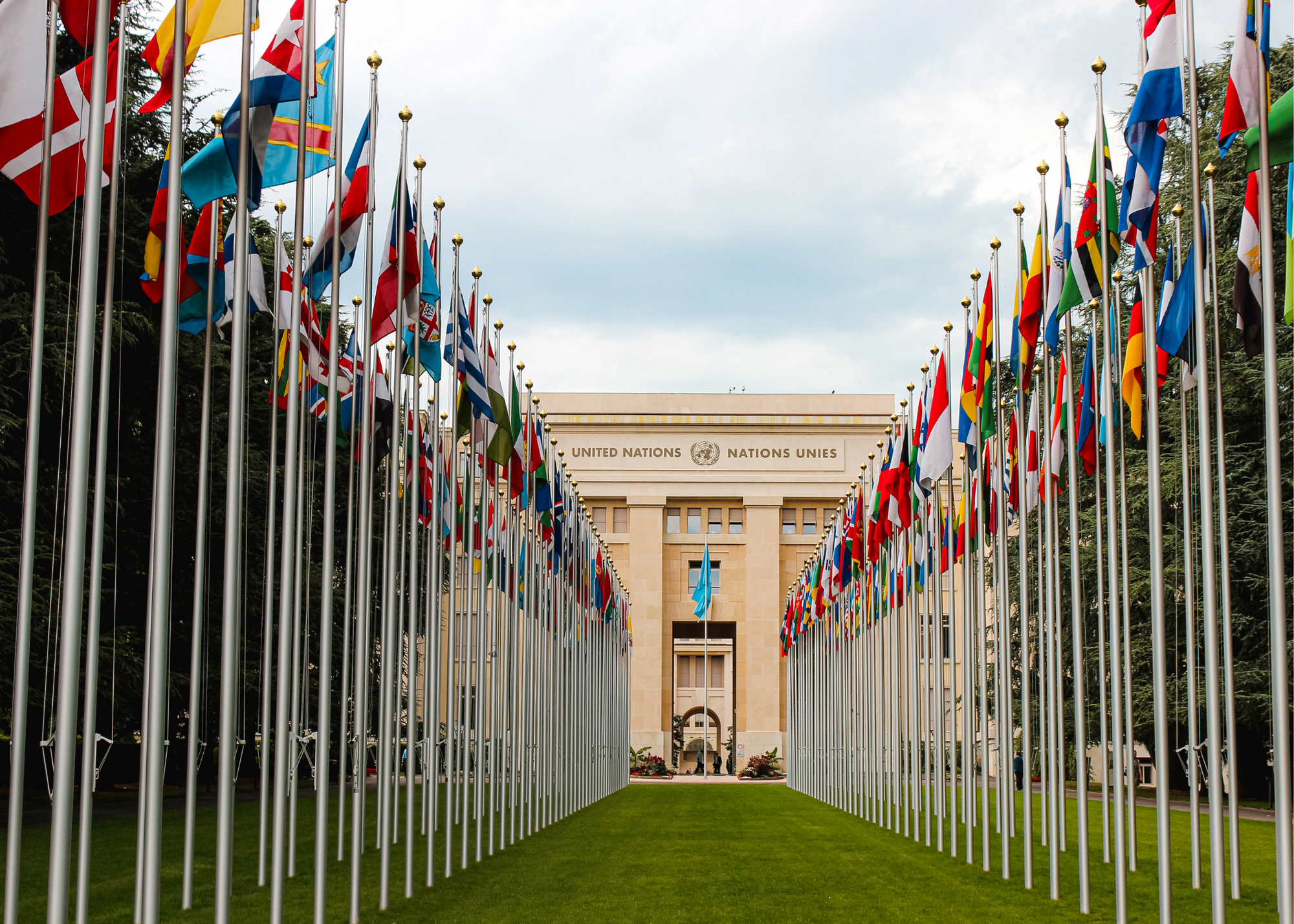 With the U.S pullout from Afghanistan, continued troubled relations with China, and the ongoing global pandemic, international affairs policies are among the most challenging before Congress today. At the Center for Effective Lawmaking (CEL), we believe that difficult issues demand the attention of effective lawmakers.

In March, we released our Legislative Effectiveness Scores (LES), highlighting the most effective lawmakers in the recently-completed 116th Congress (2019-2021). In addition to such overall scores, the Center also constructs Interest and Legislative Effectiveness Scores (ILES), which rank members of the House and Senate based on their motivation and effective lawmaking across twenty-one different policy areas, including international affairs. These scores provide both a contemporary and historical overview (with scores extending back to 1973), and offer valuable insight regarding which members of Congress are able to effectively move forward policies to address current policy challenges.

The LES and ILES scores are compiled through the combination of fifteen metrics corresponding to the public bills that each member of Congress sponsors, how far these bills move in the lawmaking process, and how significant their bills are to the issue selected. The set of bills considered among each issue area is based on the key policy topics covered in the bill, as classified by the Congressional Bills Project and the Congressional Research Service. Scores in each issue area are constructed to a mean value of 1.0 in the House and Senate. More on our methodology can be found here. Each legislator’s LES and ILES across numerous policy areas can be found here.

These success rates were slightly less than those for the 116th Congress across all issue areas. Slowed down in part by the pandemic, only 2.4% of House bills and 2.3% of Senate bills became law. According to Pew Research Center, throughout the 116th Congress, around 44% of successful bills that became law were passed in the last two months of the two-year term, with the 116th Congress being one of the least productive Congresses in the past five decades.

One might wonder, then, why these 11 international affairs bills did achieve success, and who was able to navigate through all this gridlock?

Bipartisanship in International Affairs Policy in the 116th Congress

As can be seen, the topics covered by the new laws were wide-ranging. Many centered around issues of concern with respect to China, ranging from Hong Kong to Taiwan to Uyghur human rights. Others focused on foreign aid, on Eastern European security, and on anti-Semitism. The common theme, however, was the high degree of bipartisanship that these successful measures enjoyed. Each had cosponsors from both political parties. And each passed both the House and the Senate with vast majorities of both parties supporting them. Indeed, across all eleven measures combined, there were only 19 opposing votes in total recorded in the House; and all of them passed the Senate with either unanimous consent or by voice vote. Moreover, the proposals came from both Democrats and Republicans, in both the House and the Senate, regardless of party control of the chambers.

Each of the aforementioned legislators hold top-three Interest and Legislative Effectiveness Scores in international affairs policy in the 116th Congress, highlighting the broader pattern found through Center research demonstrating that bipartisan legislators are more effective lawmakers.

The following table displays the top ten most effective lawmakers on international affairs policy in the 116th House of Representatives among members of the Democratic Party. From their position in the majority in the House, 36% of House Democrats sponsored at least one international affairs bill, and many saw success through the early stages of lawmaking.

At the top of the list stands Rep. Eliot Engel of New York’s 16th District. His high performance is, to some extent, unsurprising given his role as Chairman of the House Committee on Foreign Affairs. Rep. Engel served sixteen terms in the House of Representatives (1989-2021), before his primary election defeat to Jamaal Bowman. His accomplished term in the 116th House of Representatives led Rep. Engel to his ranking of twelfth highest overall Legislative Effectiveness Score among House Democrats, with all issues combined. Within his party, Rep. Engel sponsored the most international affairs bills (17 bills). While none of these bills became law, many passed the House, including the Protect Against Conflict by Turkey Act, the Burma Unified through Rigorous Military Accountability Act, and the United States – Northern Triangle Enhanced Engagement Act.

Ranked second is Rep. Hakeem Jeffries of New York’s 8th District. Rep. Jeffries served as Chair of the House Democratic Caucus, a position he continues to hold. Across all four of his terms in the House, Rep. Jeffries was rated as “Exceeds Expectations” in his Legislative Effectiveness Scores, with all issues combined. One of Rep. Jeffries’ notable contributions in the 116th Congress was the Malala Yousafzai Scholarship Act, one of the few international affairs bills that became law.

Another notable legislative success from top international affairs House Democrats was Rep. Brad Sherman’s (CA-30) sponsorship of the Hong Kong Autonomy Act, which passed the House without objection and the Senate by unanimous consent, indicative of its strong bipartisan support.

House Republicans introduced fewer international affairs bills than House Democrats, with only 28% of them making proposals in this area. Nevertheless, they achieved greater success. Of the eleven international affairs bills that became law in the 116th Congress, four were sponsored by a House Republican, whereas only two were sponsored by a House Democrat.

At the top of the list is Rep. Michael McCaul of Texas’ 10th District. Rep. McCaul also holds the highest Legislative Effectiveness Score among House Republicans, across all issues combined. In the 116th Congress, Rep. McCaul served as the Ranking Member of the House Foreign Affairs Committee. His success in the international affairs field was highlighted by two of his bills in this area becoming law: the Eastern European Security Act and the USAID Branding Modernization Act. Rep. McCaul’s International Affairs ILES was nearly triple that of the highest performing Democrat, despite being in the minority party. This would not have been possible but for the bipartisan nature of international affairs policymaking.

Second on the list is Rep. Christopher Smith (NJ-4), who also holds the second-highest overall Legislative Effective Score among House Republicans, with all issues combined. He also outscored all Democrats in this policy area in the 116th Congress. Rep. Smith’s Special Envoy to Monitor and Combat Anti-Semitism Act was signed into law and carried the most cosponsors across all eleven international affairs laws (87 cosponsors, including 58 Democrats). Rep. Smith’s strong motivation for advancing international affairs in the U.S. is demonstrated beyond his legislation itself. For example, Rep. Smith serves as the Co-Chairman of the Tom Lantos Human Rights Commission, along with Rep. James McGovern (D-MA-2), who is the sixth-highest scoring House Democrat in the field of international affairs.

Holding the majority in the Senate of the 116th Congress, Senate Republicans sponsored three of the five Senate international affairs bills that were signed into law, including two sponsored by Sen. Marco Rubio (R-FL).

Second on the list is Sen. Cory Gardner of Colorado. Sen. Gardner ranks as the tenth-highest Legislative Effectiveness Scorer among Senate Republicans, with all issues combined. In the 116th Congress, Sen. Gardner sponsored the Taiwan Allies International Protection and Enhancement Initiative (TAIPEI) Act of 2019, which was signed into law by President Trump. It was designed to strengthen Taiwan’s relations with the U.S. and the international community, against the opposition of China.

Sen. Robert Menendez of New Jersey tops the list, and also holds the twelfth-highest overall Legislative Effectiveness Score among Senate Democrats in the 116th Congress, with all issues combined. Sen. Menendez sponsored a large set of 34 international affairs bills, including the Ebola Eradication Act of 2019 and a measure on hostage recovery, both of which passed the Senate but did not see activity in the House.

Following Sen. Menendez is Sen. Benjamin Cardin of Maryland, who has the sixth-highest overall Legislative Effectiveness Score among Senate Democrats, with all issues combined. In the 116th Congress, Sen. Cardin sponsored the Organization of American States Legislative Engagement Act of 2020, one of the few bills to pass both the House and the Senate without objection.

A further notable contribution among top-scoring Senate Democrats is Sen. Jeff Merkley’s sponsorship of A bill to prohibit the commercial export of covered munitions items to the Hong Kong Police Force, which was also signed into law.  The fact that there were multiple successful international affairs bills sponsored by each party’s members in both the House and Senate, despite there being only eleven such laws overall, is indicative of partisan politics stopping (or at least slowing) at the water’s edge in this important policy area. 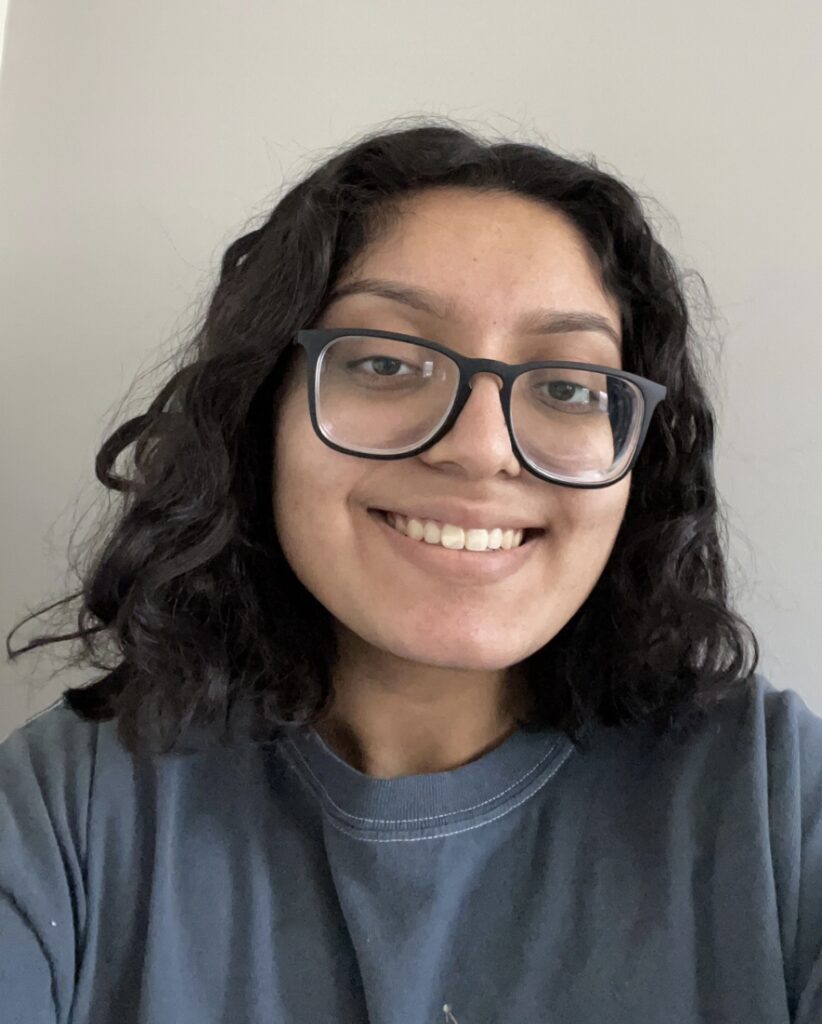 This report was researched and written by Shanthi Ashok and Craig Volden. Shanthi interned at the Center for Effective Lawmaking during the summer of 2021. She is a junior at Oakton High School in Fairfax, Virginia. Additionally, Shanthi is the Founder and President of her school’s People of Color (POC) Coalition, a Fairfax County Public Schools (FCPS) Student Equity Ambassador Leader, and Co-Founder and Co-President of Prep Leaders, an after-school tutoring, leadership, and career readiness program for FCPS elementary and middle schoolers (aiming to bridge academic income-based achievement gaps). Her notable political advocacy in her community primarily focuses on racial justice and socio-economic equality. In parallel, she plans to pursue a double major in political science and economics when she enters college in the fall of 2023, and eventually enroll in law school.