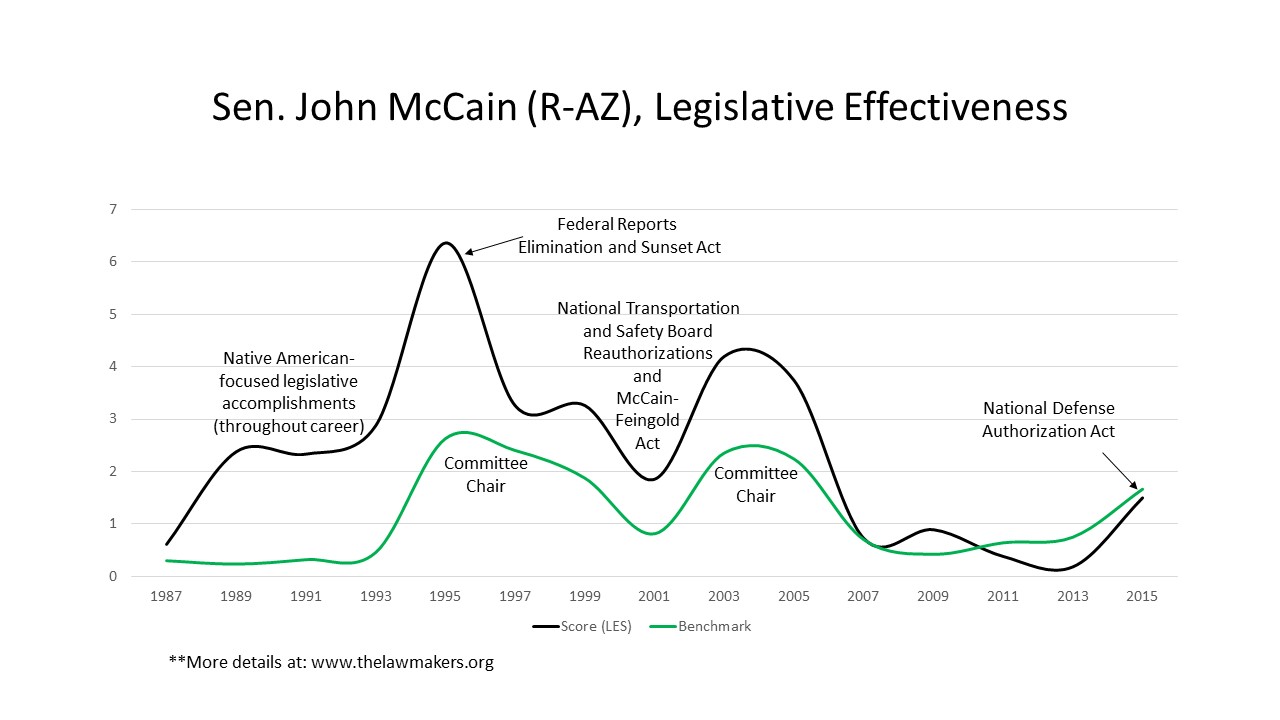 A self-described Maverick, John McCain became one of America’s most well known, liked and respected politicians during his almost four decades in Congress. It’s difficult to find anyone who doesn’t know that there was something unique about the Senator from Arizona.

Senator McCain was also one of the most effective lawmakers of the Contemporary Congressional Era. He scored in our highly effective category for both of his terms as a US House Representative, setting the stage for a long and successful senatorial career. He then went on to score in the highly effective category for 11 of the 15 Congresses in which he represented Arizona in the Senate.

McCain was among the top 5 most effective Republicans in his chamber for 10 Congresses (1 in the House and 9 in Senate). More impressively, Senator McCain ranked as the #1 most effective Republican in the Senate from the 101st – 103rd Congress, a time when Democrats controlled Congress. He achieved this distinction with his ability to work across the aisle and focus on issues that were important to his state.

The legislative career of Senator McCain aligns with many of the CEL’s Five Habits of Effective Lawmakers. The National Defense Authorization Act demonstrates that John McCain was able to achieve success by focusing on issues related to his personal background in the Navy. His sponsorship of Native American legislation helped him achieve success for his home constituency. And his collaboration with Democrat Russ Feingold shows the benefit of cultivating a broad set of allies, compromising and being entrepreneurial to achieve results.

Senator John McCain exemplified how to be an effective lawmaker. We hope that future lawmakers will emulate his style and practice. 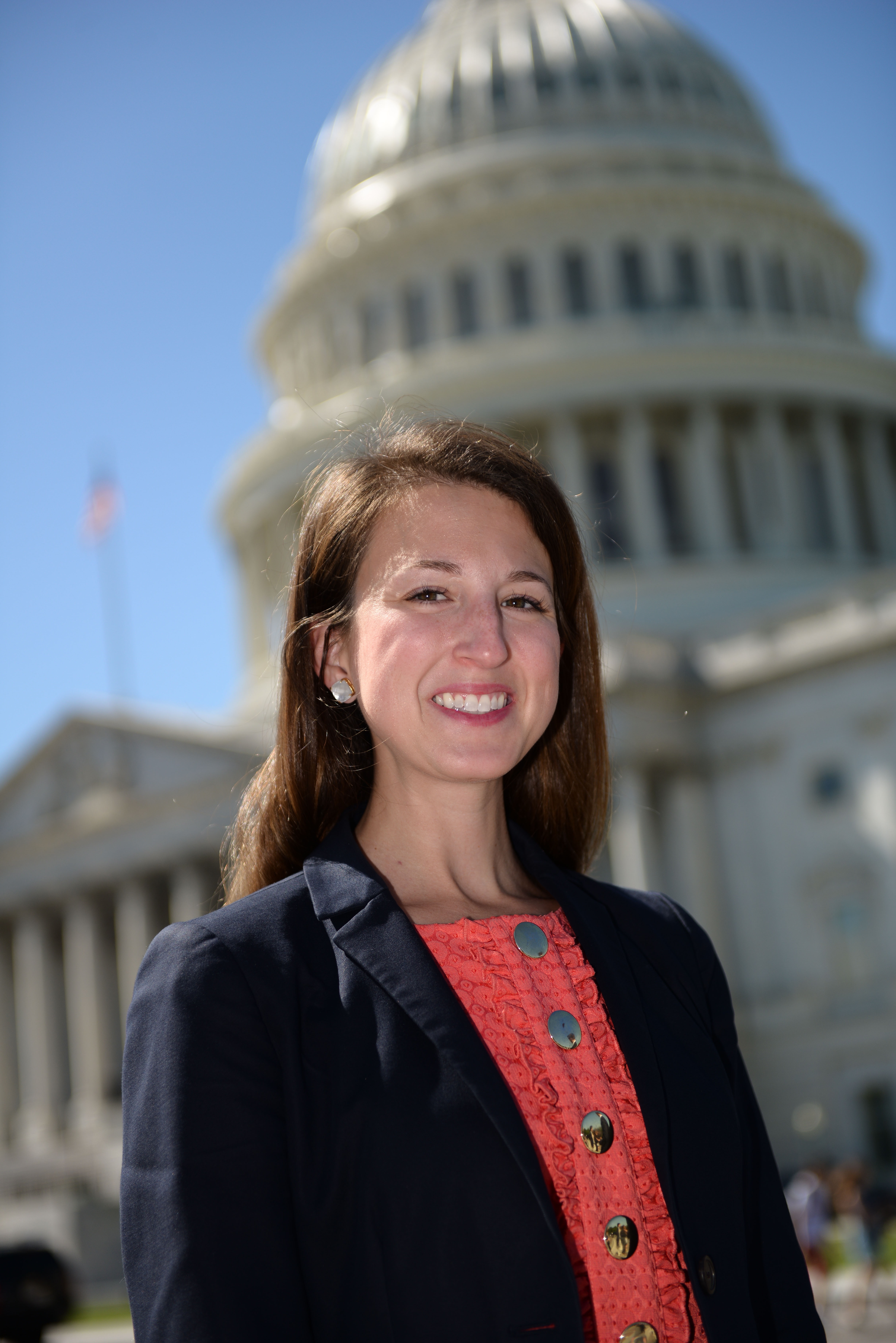 Greer Kelly was Operations Director of the Center for Effective Lawmaking until early 2019. She can currently be found at the University of Virginia's development office.
PrevPreviousWho’s using Legislative Effectiveness Scores?
NextD or R > X or Y: Party trumps sex in the contemporary CongressNext
Close Menu