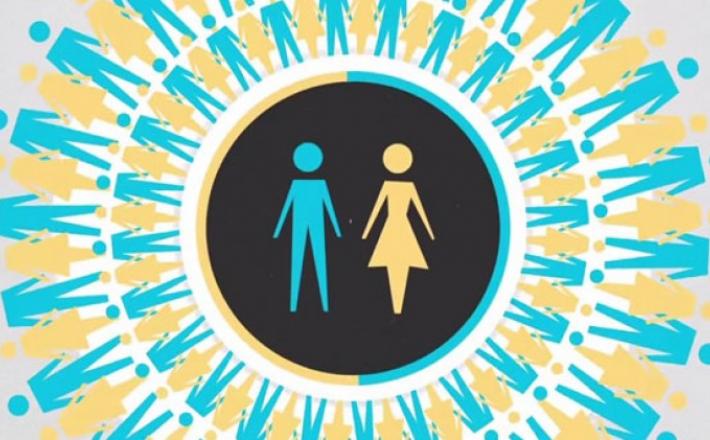 D or R > X or Y: Party trumps sex in the contemporary Congress

D or R > X or Y: Party Trumps Sex in the Contemporary Congress

When Republican Senator Susan Collins took to the Senate floor last week to announce whether she would vote to confirm Brett Kavanaugh to the Supreme Court, Democrats and Republicans alike held their breath. Collins’s vote would be pivotal; it would determine whether one of the most controversial Supreme Court nominees of all time would receive a lifetime appointment.

It wasn’t the first time Collins found herself in the spotlight. One of the few remaining moderates in an increasingly polarized Senate, she crossed the aisle enough times to give Democrats hope and Republicans heartburn. Collins had also earned a reputation for crossing party lines to solve the nation’s problems. Most notably, with a few other female senators, she had forged the deal to end the federal government shutdown in 2013.

Stories like these feed the narrative that women in Congress are more likely than men to collaborate, solve problems, and get the nation’s business done. The only problem with this prevailing view is that it’s just not true. It certainly wasn’t true when it came to Collins’s vote on Kavanaugh – she delivered an impassioned speech supporting him. And it’s not true more generally.

In a recent Journal of Politics article, we tested the premise in four ways, and we came up with no evidence for it whatsoever, no matter where we looked.

First, we considered official congressional travel. Taking fact-finding trips abroad as part of formal congressional delegations—known as CODELs—is one way to gather the information needed to make informed foreign policy decisions. Some CODELs are partisan (all members traveling together are of the same party), and others are bipartisan (the CODEL includes at least one Democrat and one Republican). If women prioritize accruing information in a more collegial, cooperative way, then they should take fewer partisan, and more bipartisan, trips than men. They don’t.

We identified the trips taken by 9,732 members of Congress over a 35-year period (1977-2012). Women are just as likely as men to take partisan trips, and no more likely to engage in bipartisan travel. They also spend roughly the same number of days participating in CODELS (a little more than 10 days per Congress).

Second, we examined patterns of co-sponsorship. Are women any more likely than men to work across the aisle and either cosponsor a bill introduced by a member of the opposite party, or attract cosponsors from the opposite party? No, they’re not.

Here, we rely on the Lugar Center’s Bipartisan Index, which scores senators—dating back to 1993 —on the extent to which they cross party lines when signing onto colleagues’ bills, or attracting support for their own. Democratic women and men are statistically indistinguishable from one another, as are their GOP colleagues. The Lugar Center doesn’t have data for the House, except for the 113th Congress. But the results from that lone Congress certainly don’t help the conventional wisdom. Republican women and men’s scores don’t differ. Among Democrats, though, women are actually less bipartisan than men.

Third, we examined procedural votes, which are frequently used to obstruct legislation, stymie debate, or alter the normal amending process. If women are more likely than men to cooperate and be “problem solvers,” then they should be more inclined to vote with colleagues across the aisle on measures that would move the process along and generate a more efficient, collaborative route to a final passage vote (regardless of the fact that those final passage votes are likely to be highly partisan). But here, too, they’re not.

We analyzed nearly 14,000 procedural votes members of Congress have cast dating back to 1973. And we found almost no evidence that women and men vote differently on these matters. For House Republicans, and for both parties in the Senate, no gender differences exist. The only difference is among Democrats in the House. But it’s the opposite of what we might expect: women’s procedural voting scores are slightly less bipartisan than men’s.

Finally, we investigated the number of amendments members of Congress offered and on which they demanded a vote. Because members often offer amendments as a tactical maneuver to delay the legislative process, women should offer fewer amendments subject to roll-call votes than their male colleagues. But they don’t.

In no way are we suggesting that electing more women doesn’t make a difference. It certainly does. Recent studies have found that women in Congress deliver more federal spending to their districts than their male colleagues do. They have greater success keeping their sponsored bills alive longer in the legislative process. They bring to Congress a greater sense of democratic legitimacy. And they are more likely than men to value and contribute to a collegial work environment.

But given the evidence that women and men do not govern in systematically different ways, we should be careful not to place heightened expectations on our female elected officials. Or to assume that whenever the debate in Congress seems to be at a breaking point between the parties, women will rush in and save the day. In the end, as epitomized by the Kavanaugh confirmation vote, a politician’s partisanship almost always trumps his or her sex.

Jennifer L. Lawless is the Commonwealth Professor of Political and Social Thought at the University of Virginia. She is the co-author of Women on the Run: Gender, Media, and Political Campaigns in a Polarized Era.

Sean M. Theriault is a professor of government at The University of Texas at Austin. He is the author of The Gingrich Senators: The Roots of Partisan Warfare in Congress. 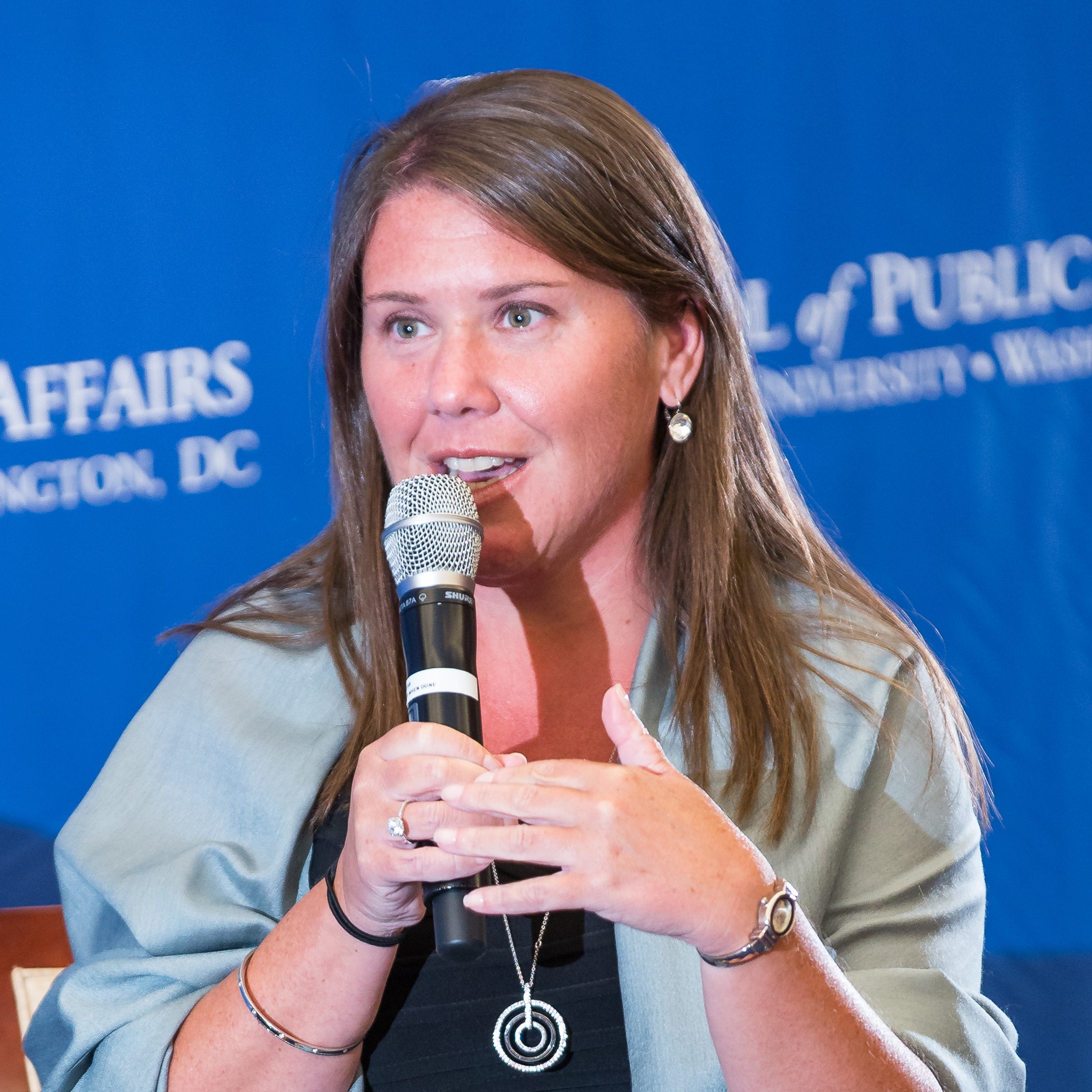 Jennifer L. Lawless is the Commonwealth Professor of Politics at the University of Virginia. Prior to joining the UVA faculty, she was a Professor of Government at American University and the Director of the Women & Politics Institute. Before that, she was an assistant and then associate professor at Brown. Jen’s research focuses on political ambition, campaigns and elections, and media and politics. She is the author or co-author of six books, including Women on the Run: Gender, Media, and Political Campaigns in a Polarized Era (with Danny Hayes) and It Still Takes a Candidate: Why Women Don't Run for Office (with Richard L. Fox). Her research, which has been supported by the National Science Foundation, has appeared in numerous academic journals, and is regularly cited in the popular press. She is co-editor of the American Journal of Politics Science, and holds an appointment as a non-resident senior fellow at the Brookings Institution. Jen graduated from Union College with a B.A. in political science, and Stanford University with an M.A. and Ph.D. in political science. In 2006, she sought the Democratic nomination for the U.S. House of Representatives in Rhode Island’s second congressional district. Although she lost the race, she remains an obsessive political junkie.
PrevPreviousJohn McCain, Effective Lawmaker
NextYour Role in Building a Better CongressNext
Close Menu