Meet Jennifer L. Lawless: On the Gender Gap in Politics, Advice to Voters, and More

CEL faculty affiliate Jennifer L. Lawless is the Commonwealth Professor of Politics at the University of Virginia. Prior to joining the UVA faculty, she was a professor of Government at American University and the Director of the Women & Politics Institute. Professor Lawless’s research focuses on political ambition, campaigns and elections, and media and politics. She is the author or co-author of six books, including Women on the Run: Gender, Media and Political Campaigns in a Polarized Era and It Still Takes a Candidate: Why Women Don’t Run for Office.

The CEL recently caught up with Professor Lawless to talk about her research in the legislative effectiveness field and thoughts on the current state of American politics.

Q: What are your current research projects? 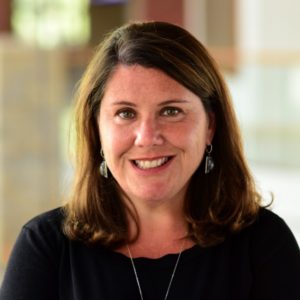 A: I’m currently working on two projects, both with Danny Hayes at George Washington University. The first investigates if and how male candidates criticize female opponents and whether these attacks are effective. We’ve found that voters punish male candidates when they lob gendered attacks at female opponents. The female opponents, however, don’t pay a price. That probably explains why men don’t do it that often. The second project focuses on the decline of local news. We’re tracking declines of local news in communities around the country over the last 30 years, examining the effects on citizen engagement and political knowledge, and trying to figure out how to resuscitate interest in local politics.

Q: What’s been your most popular research finding?

Q: In 2018, a record number of women ran for office, do you think this affected the gender gap in political ambition?

A: Political ambition and political representation are not the same thing. Yes, in 2018 a record number of women ran for state legislative and congressional office. But so did a record number of men. Basically, what we saw in 2018 was a lot of energy and enthusiasm from both women and men among Democrats. Yet women were still just a fraction of the candidates even though their raw numbers increased. That said, even a few dozen additional female candidates can fundamentally change the face of our political institutions because increasing the number of women in Congress by 10 or 20 people is very substantial when there are only 100 women serving in Congress.

Q: Do you think that the current number of women running for the Democratic nomination in 2020 will affect the gender gap in political ambition?

A: I do not think there are any downsides to having female presidential candidates as role models, but we live in such a polarized environment that there is not much evidence to suggest that a young woman or a teenager living in a Republican household will be inspired by these Democratic women. This is actually part of the problem because we’ve seen steady improvement in the number of women running from the Democratic party every election cycle. In 2018, about 40% of the Democrats congressional candidates were women. The numbers for Republicans are getting lower and lower each. Women are less than 10% of the Republicans in Congress, so if you are a young Republican woman, there are not many Republican women in Congress for you to look to and think, “Hey, I could do that too.”

Q: What do you love most about your job?

A: I like being able to identify a question that I think is really important and collect data to answer it. I love the fact that I can go out and survey thousands of potential candidates about their interest in running for office. I love that we can conduct surveys to figure out what voters think about candidates across the board. I love doing interviews with newspaper reporters and editors to figure out what it is they see on the ground and try to reconcile their observations with my systematic data analysis. It’s great. I get to ask my own questions, and I get to collect data, and then I get to share those results.

Q: What inspired you to study effective representation?

A: It goes back to the 1991 Anita Hill-Clarence Thomas hearings. I was a junior in high school, and I remember coming home and watching the Senate Judiciary Committee grill Anita Hill about her allegations of sexual harassment against Clarence Thomas. But they didn’t grill him the same way, even though he was the one up for a Supreme Court appointment. At that point, I remember looking at how homogeneous the Senate Judiciary Committee was, and it seemed strange to me that this panel of all men with no experience in sexual harassment was rendering a decision about an issue that affects more women than they can count. It seemed like something was amiss, and it got me wondering why we didn’t have more women in Congress. That led me down the path of studying the gender gap in political ambition.

Q: What is the most important piece of advice that you could give to voters?

A: I think voters need to understand that we are incredibly polarized, and as a result of that, no one member of Congress can be as effective as we might hope they’d be. I think it’s important to recalibrate our expectations because even if you have a representative who is working very diligently on behalf of the district, there are institutional constraints and party divisions that play a huge role in the ability for a piece of legislation to make it anywhere. I think it’s important to realize that and judge candidates and incumbents accordingly. The most important thing is to elect a candidate who is going to do the best job fighting for the district even if that fight might not translate into outcomes that often.

Q: Thank you very much, do you have any final thoughts to add?

A: One thing that we as researchers and scholars should focus on right now is the lack of civility and collegiality among our elected officials. I think that’s a new dimension of study and it certainly speaks to legislative effectiveness and the quality of representation.

Julia Newman is from Knoxville, TN, double majoring in Public Policy and Leadership and Government. Julia’s areas of interest include American political thought, cybersecurity, and international politics. She has a particular interest in migration policy, specifically North American migration patterns as they bear upon Hispanic populations. Julia has interned with the East Tennessee Kidney Foundation and with Congressman Tim Burchett in Tennessee’s 2nd District Office. She has studied at University College of Oxford University in Oxford, England, where she focused on the politics of the European Union. While there, she prepared a term thesis comparing the EU to peer international organizations, including NATO, ASEAN, and the United Nations. After graduation from the Frank Batten School of Leadership and Public Policy, Julia hopes to attend law school or pursue a career in political consulting.
PrevPreviousWatch: Former Congresswoman Barbara Comstock on Effective Lawmaking
NextMeet Our Faculty Affiliate: Gerry WarburgNext
Close Menu