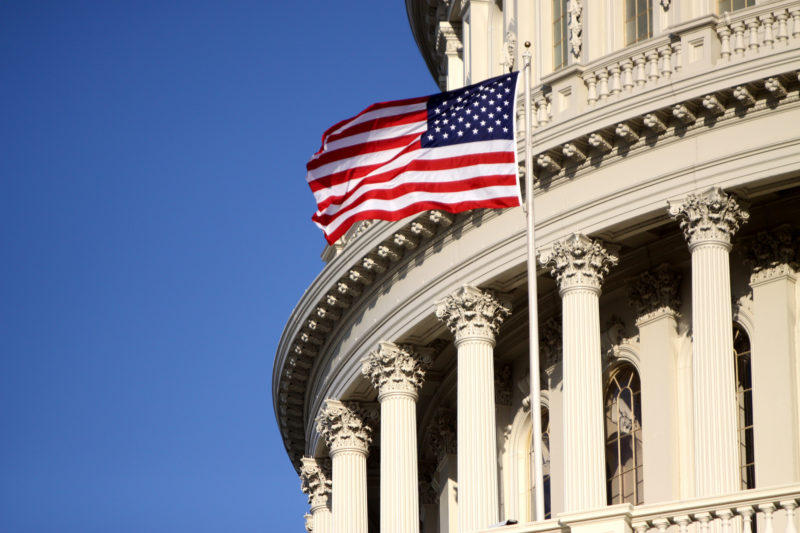 A Partisan Congress? Not so Fast.

A Partisan Congress? Not So Fast.

In September 2017, Gallup News found that the public’s congressional approval rating was at an abysmal 16 percent. There are a number of factors that contribute to this rating, but the prevalence of partisanship and the rise of more ideologically extreme members are largely credited for this national sentiment. Yet, contrary to the beliefs of many Americans, bipartisanship remains an integral part of congressional activity. In fact, nearly two thirds of all passed laws in the 113th congress (2013-2014) were supported by at least one member of the minority party. While this finding might shock many readers, policy experts remind us that the country’s system of bicameralism and divided government often necessitates compromise to build broad support amongst groups. Republican lawmakers’ recent struggles to pass healthcare legislation demonstrates just how difficult it is to create these broad coalitions, especially while isolating members of the opposing party.

It is therefore unsurprising that research from Professors Craig Volden and Alan Wiseman of the Center for Effective Lawmaking (CEL), in conjunction with The Lugar Center, found bipartisan congressmen were more successful at advancing their legislative agendas than relatively partisan members of Congress. The research even found that ideologically extreme congressmen also proved more effective when having bipartisan support for a given piece of legislation. So while the public’s perceptions of low congressional bipartisanship are somewhat at odds with reality, their desire for an increase in bipartisanship is both appropriate and prudent.

Despite the presence of bipartisanship on Capitol Hill, the pursuit of bipartisanship is by no means uniform within congressional ranks. Congressmen are often rewarded for their party and ideological loyalty rather than their effectiveness, especially during primary elections. Voters, interest groups, and congressional offices could draw on evidence from the CEL and Lugar Center to overcome obstacles such as these.

For example, advocates of bipartisanship can educate educating lawmakers and their constituents by pointing to bipartisanship’s proven, positive impact on effectiveness. The healthcare proposal that was sponsored by Senator Lamar Alexander (R-Tenn.) and Senator Patty Murray (D-Wash.) this past spring provides an apt opportunity to illustrate this principle. While the bill did not have unanimous support,  Senator Chuck Schumer (D-NY) claimed that it had the 60 votes needed to avoid a filibuster and pass the Senate, which was more than any previous partisan attempts could muster. Its media coverage and widespread support should give the public a well-needed dose of bipartisanship. Going forward, scores from the CEL and Lugar Center outlining congressmen’s level of bipartisanship, and subsequent effectiveness, could supply a key tool for voters during election season.

With the ability to easily assess congressmen’s bipartisanship and effectiveness, voters can hold their elected officials accountable, and demand more bipartisan behavior. Bipartisanship may be Congress’s best-kept secret, but hopefully not for long.

James is an intern with the Center for Effective Lawmaking.
NextNo Labels: A Look at a New Initiative from the Problem Solvers CaucusNext
Close Menu