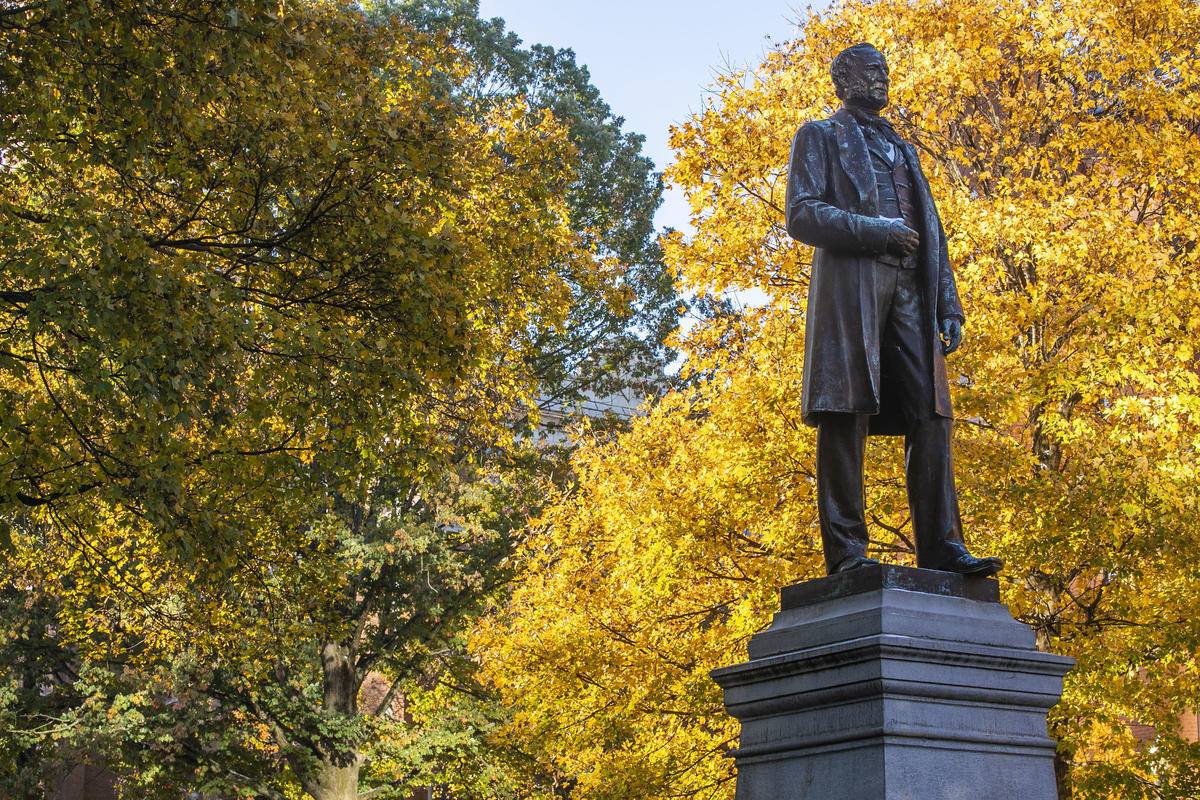 Center for Effective Lawmaking faculty affiliate Bruce I. Oppenheimer is a professor emeritus of political science at Vanderbilt University. As an accomplished researcher and award-winning author, his work is an asset to the CEL portfolio.

Oppenheimer’s research primarily focuses on Congress, American political institutions, and energy policy. Professor Oppenheimer has been both an American Political Science Association Congressional Fellow and a Brookings Institution Fellow and Guest Scholar. Among other publications, he is the author of Oil and the Congressional Process: The Limits of Symbolic Politics (1974) and his book Sizing up the Senate: The Unequal Consequences of Equal Representation (1999), which was cowritten with Frances Lee, was awarded the Lyndon Baines Johnson Foundation’s D.B. Hardeman Prize for the best book on Congress.

Recently, the CEL caught up with Professor Oppenheimer to discuss his research in the legislative effectiveness field and his thoughts on the current state of American politics.

Q: First of all, thank you for speaking with us during quarantine. Everyone at the Center hopes that you and your family are doing well during this trying time.

A: Well, I’ve been at home in Nashville since March. I still have my office even though I’m emeritus now, and when the students came back after spring break, they sent everyone home. I’ve been doing well, though! I think I’ve mainly just been trying not to get bored.

Q: Me too! Quarantine has been an interesting time. Well, my first question is, what is your most current research project?

A: I’ve been working on two projects. First, I’ve been working on the 12th Edition of Congress Reconsidered. It’s a book that Larry Dodd and I have edited and now we persuade Larry Evans to join us in editing the book. The first edition came out in 1977, and we do it every four years. It updates people on research surrounding Congress. The only thing that is not done yet is the post-election article that we will write between election day and Thanksgiving in November of this year.

Q: What does your research on Congress focus on?

A: Throughout my career, I’ve focused on several things. One part of my research has been on Congressional processes. For example, early on I did work on the House Rules Committee and a piece on filibusters. Next, a big part of my work is how the changes in the process of Congressional reform and change influences policy. It’s one thing to show that processes change, but the question is, so what? What difference does it make? This had led me to focus on how changes in process has affected Congress’s ability to make energy policy. I’ve written a number of pieces over a long period of time on that. A third area of my research is doing some work on Congressional elections. I did a piece on understanding and predicting outcomes of Congressional elections and asking why Senate elections turn out differently from one another.

Q: What would you say is your most popular research finding? Would you say it’s the energy policy work you mentioned?

A: Energy policy has been a significant part of my work that I’ve been writing about that episodically throughout my career. However, a former graduate student of mine, Frances Lee, and I did a book called Sizing Up the Senate which looks at the idea of Senate equal apportionment on a whole range of facets of the Senate from representation to elections to leadership positions to the distribution of federal funds as the Senate writes legislation. That book is probably the biggest overall project that I’ve undertaken, while the energy policy work has been a series of published articles that goes back to my dissertation that was published as a book.

Q: The work on Senate equal apportionment sounds fascinating. Do you mind explaining that a bit more?

The type of committees that Senators are on are different because of the population of the states they represent. Most Senate leaders, which the exception of Senator Schumer, have come from small population states. Being a party leader in the Senate is just a job that large population state Senators do not have the flexibility to serve in due to the different demands placed on them in their job.

Finally, in terms of federal funding, smaller population states get disproportionately more funding when the Senate sets up its formulas because coalition building makes it easier to log-roll in small population state Senators. Consequently, in areas where the Senate has discretion in federal funding, small population state Senators end up writing the formulas. Furthermore, the House does not offset this bias in the funding formulas, so large population states tend to get short-changed in these policies, especially where there are formulas. All of this is spelled out more in the book, and Frances [Lee] has done some additional writing on it, but those are some of the main ideas.

Q: What do you love most about what you do?

A: I’ve retired from teaching, and this is my first year as an emeritus. I think what I love most is that political questions interest me. There are some political scientists who do not have an interest in politics, but I think my work in research fits with my interest in politics. Basically, when I’m doing the research, it’s fun, and a big part is that I’ve had a job where what I’m doing is a lot of fun. Mostly, my job is fun, and it’s not an occupation where I dread going to work every morning. That does not mean everything is easy; I’ve never enjoyed grading. Besides that, teaching, interacting with students, figuring out new ways to get material across, and coming up with new research questions is a really enjoyable career.

Q: It sounds like a very impactful and meaningful job. Going off of that, what inspired you to go into the field of legislative effectiveness that the CEL is interested in?

A: I started working in this area later in my career, and I think a big thing is that as a discipline, we’ve spent a lot of time working on electoral and representational effectiveness. I think to a substantial degree we’ve ignored the governing side of things. This sounds strange, but we have not spent enough time on the governing side of Congress as we do on the representation and electoral side of Congress. I think it’s important to ask questions such as, are some people better at this (governing) than others? What makes for people being effective? What is effectiveness about? Who is good at getting things passed? It’s one thing to be able to say, “I got reelected with 75% of the vote, and I’ve been here for 20 years. My constituents love me, and I do a good job of representing their interests,” but it’s entirely different thing to say, “I get things done.” I think that’s an increasingly important question, what do you do when you get there, other than “represent”? Do you make a difference in the legislation that comes out at the end?

Q: What is the most important piece of advice that you would give to voters?

A: Well, I’m always reluctant to give advice to voters, other than to vote! I have some colleagues that do not vote because they think its irrational, even though they have preferences. My sense is that voting is not just about whether it makes sense to vote or not in terms of affecting outcomes, because rarely is your vote going to affect an outcome. I used to teach this mostly when I would teach an intro class, but voting is not just a matter of whether something is economically rational to do. It’s a matter of whether citizens have responsibilities. A minimum responsibility of a citizen is to participate in choosing officeholders. I believe that voting is a responsibility you have as a citizen, and it’s not a matter in which you need to worry if you are going to make a change in the outcome of an election. Ultimately, my big emphasis to voters is not to worry if it makes sense to vote, think of it as a responsibility. Democratic governing bestows not only rights and freedoms on individuals, but it presents responsibilities for citizens, such as voting.

Julia Newman is from Knoxville, TN, double majoring in Public Policy and Leadership and Government. Julia’s areas of interest include American political thought, cybersecurity, and international politics. She has a particular interest in migration policy, specifically North American migration patterns as they bear upon Hispanic populations. Julia has interned with the East Tennessee Kidney Foundation and with Congressman Tim Burchett in Tennessee’s 2nd District Office. She has studied at University College of Oxford University in Oxford, England, where she focused on the politics of the European Union. While there, she prepared a term thesis comparing the EU to peer international organizations, including NATO, ASEAN, and the United Nations. After graduation from the Frank Batten School of Leadership and Public Policy, Julia hopes to attend law school or pursue a career in political consulting.
PrevPreviousIntroducing our Summer Intern Team 2020
NextWatch: The Role of Experienced Congressional StaffNext
Close Menu